We often hear some words and before we know it, we start using them and they become an integral part of our vocabulary, simply because we never stopped for a moment to actually think about what we’re saying. Most probably this will offend some people but those that can read with their cognitive dimensions will somehow relate to what I have to say.

We have been so keen on being so politically correct in every word we use, but did we ever stop to consider who’s dictating what’s politically correct and what’s not? Aren’t they the same people that introduced the political incorrectness, the ones correcting what once was incorrect? 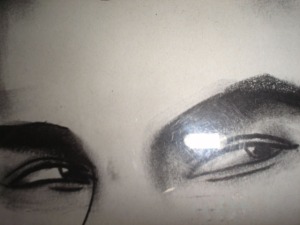 For instance, let me start with the word “African American” what are we trying to say here? You’re not 100% American? Or you’re American by citizenship only? What makes a white person “American” without being labeled as “European American” or “something American”. After all, less than 300 hundred years ago, there were no Americans. People were flocking from all over the world, and almost all of the current residents of the United States of America know exactly what country they originated from, yet they’re white and Americans, but for the sake of being politically correct, we use the word “African American” even for those that have never stepped a foot in Africa and most probably will never. So when we say African American, how many of us are aware that Africa is a continent and it has several Arabic speaking countries. So are we labeling them as Arabs, or it is Africa the non-Arab speaking part? This isn’t my fight… I am simply saying: stop trying to be politically correct especially when you’re doing no one a favor.

As for the second word, which I really have a hard time understanding, is “Anti-Semite.” Anti is the opposite of pro, and Semite surely we all know what its meaning, or do we? Unfortunately, I would have to say that the majority of people have no clue what Semite means, and it is being used randomly to the extent that in many cases it stopped making any sense. I won’t try to be politically correct on this subject as much as I will try to be “historically correct”. History plays an important role in shaping our behavior, with that being said, history can be distorted to achieve certain gains, nonetheless those that are seeking the truth can and will find it. The way I see it, you have two choices, the first is “monkey see, monkey do” which is not the most reliable source and the second one is “Monkey hears, monkey intrigued, monkey investigates, and monkey reaches answers” . I think I like the latter one best.

So what does history tell us? In a nutshell, Noah who is known for his ark and the flood, jump started human life, otherwise we wouldn’t exist today. Noah had three sons, Japheth, Shem (A.K.A Sem or Sam), and Ham. The figure of interest is Sem because that’s where it all started. The Semites are practically the descendants of Sem. So who are those people? Are those people of only one specific faith? Or are they genealogically the descendants of that person of whom they happen to carry his name? Logically speaking, it should be the genealogy which means that his descendants could be of any faith or even faithless if that’s what they have chosen. One primary interesting fact is that Arabic and Hebrew are both considered to be two of the Semitic languages, and people from the Middle East are mainly of Semitic origin. So the next time the word anti-Semitic is being used against a middle eastern stop and think what is really being said here “you are anti-you.”

Why is “Fat” so offensive and “Skinny” not? Just like an overweight person finds it difficult to lose weight, a skinny person finds it difficult to put on weight. In some countries being overweight is a sign of wealth, where food is abundant, whereas being skinny is no more than being poor. How could you explain to a person that you envy him or her for having such a skinny figure in those places? Again, stop for a moment and think about what you’re saying. Now if you are living in your own cocoon and your politically correct and incorrect terms apply only to your surrounding then you are in for a big surprise. Borders tend to be static, but the world is dynamic far more than you can imagine.