I don’t fully understand the concept and the excitement over the start of a new year. Ever since I was a kid I enjoyed a full moon. It was always about the full moon which is at its the last stages . Never was I called out to check the birth of a new moon; it was just not as fascinating, “oh look, there is a crescent forming in the sky”. Really? A crescent? 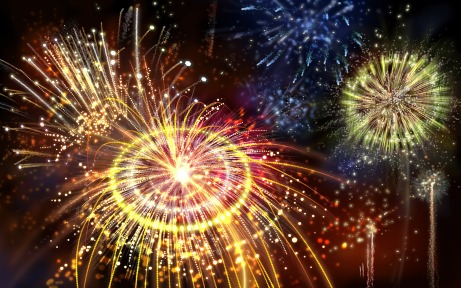 Even in a solar eclipse, where the sun entirely disappears, the climax is during the complete black out. It’s towards the end of the existence of the sun. A few seconds of complete darkness. After that when it’s re-emerging back, it is not as fun anymore.

When people reach the end of their life that is exactly what they call it; The end of their journey. They never say, I will start a new life in Heaven / hell or I will be reincarnated in 10 days.

It is sad in a way that we contemplate on everything and we label them based on their expiry date. But why can’t we do the same with the celebration of the new year? Why can’t we celebrate the end of the existing one instead?

If I had a great year so far, I would like to be warned just like they do in malls, “dear shoppers, we will be closing in 30 minutes”. Maybe not along the same lines, but something like: “Hey, you’ve had a wonderful year so far, but you still have 10-15 days before your luck runs out. Do something about it. Buy a lottery ticket, or do something crazy.”

And if you’ve had a not so great year, you will hear something like: “Hey I know you’ve had a shitty year, but there is a light at the end of the tunnel, don’t despair”.

The current year as it stands, is something I am very well experienced with. The one to come is still unknown. I may not be too eager to see the year over yet, but I can only wish this upon everyone: “for those who had a good year, I hope it extends indefinitely. And to those who have experienced sorrow and misery or even consider themselves unlucky, I can only wish them a happier life with more ups than downs.”

Just like in the movies, it isn’t over until you see the words “the end”.

You know what they also say, “ it’s not the end of the world”.

So Happy End of this Year to all 🙂