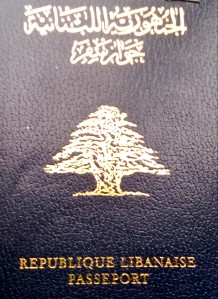 I have been contemplating on the news for the past few days, and all I could see or read was ‘terrorism’ and ‘trauma’.

It’s always been interesting how the word terrorism is used and I really can’t quite understand the proper way of using it. For instance, what happened a few days ago with “Charlie Hebdo”, to me, sounded more like murder or assassination especially when you call out people by name before committing the crime. But to add some suspense to it, it seems media outlets would rather use the word terrorism. It looks better on the news, and of course what would be better fit for being a terrorist than a so called human being who happened to be born into a family of a certain religion and has been labelled as Muslim on his documents and not necessarily by doctrine.

As for trauma, it just perplexes me even more when I hear that people were traumatized and that their lives will be changed forever and perhaps might never be able to go to a grocery store within the next decade.

Well in all honesty, if you stop dwelling on the word trauma, people might forget the incident entirely and might be able to move on with their lives. But of course it’s not good for media; they have to reiterate their horrible experience at every occasion in front of every news channel. I only think this is funny, and I am using my freedom of speech to express what I am about to say. I believe every Lebanese person born prior to the first week of 2015 has experienced either the civil war, or the war of two foreign countries on Lebanese soil, or an aggression from a neighboring country, or numerous invasions, or kidnappings or in the least some form of bombing here and there.

But of course, those do not qualify for terrorism and definitely not a traumatic experience to any of the Lebanese. It’s more like having the morning Turkish coffee.

I am sick and tired of these double standards. And it gets worse, when someone other than a Muslim commits a heinous act of mass murder at Universities and so on. Everyone seems to identify that the parents (immediate family) of that murderer have nothing to do with that person’s action and thereby try to defend them or console them. But if it was a Muslim, then all of a sudden it becomes similar to the original sin, and every Muslim has to deal with and condone it otherwise they appear to approve it.

I am against killings of any sort, I am against terrorism and anything that negatively impacts human lives, but my question is to the Lebanese who are close to 4 million in Lebanon but have managed to have 8 Million of them use all sorts of social media to express “ I AM CHARLIE” , has anyone within those past 40 years  or at least since the inception of social media other than the Lebanese themselves ever say “ I AM BEIRUT”, “I AM LEBANON”.

2 thoughts on “I AM LEBANON”